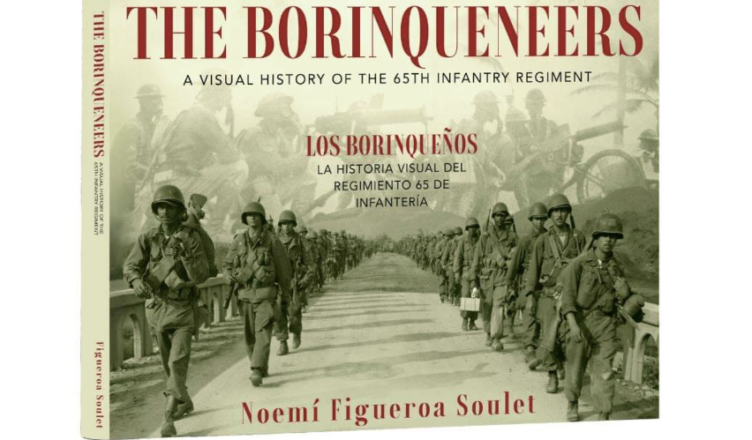 The event is free and open to the public, but registration is advised by calling (201)-704-8953. This event is a fundraiser for the Borinqueneers Park Education Alliance. www.bpealliance.org, which is designing the new Borinqueneers Park on Second Street in Perth Amboy. Books will be available for purchase for $39.99 hardcover. “Buy A Book – Build A Park.”

The book is an inspiring collection featuring more than 700 photos tracing the glorious history of the 65th Infantry regiment, the only Hispanic-segregated unit in U.S. Army history comprised primarily of Puerto Ricans. Written and compiled by Noemí Figueroa Soulet, producer of the award-winning PBS documentary film The Borinqueneers, the event will include a brief presentation by the author of the regiment’s more than 123 years of service from its origins in 1899 through its service in World War I, World War II and the Korean War.

The author explains “This book was a natural extension to my film which also profiled their history because I had been accumulating these photographs from the veterans and their families, as well as from other public and private sources, for the past 23 years.“