Proprietary House Proprietary House is an 18th century Royal Governors Mansion.  It is located at 149 Kearny Ave in Perth Amboy. The house is open Wednesday and Sunday for afternoon tea & a free tour. Proprietary House hosts reenactments and Victorian & Perth Amboy history events. Recently, they hosted a Terra Cotta History of Perth Amboy Tour and are currently hosting a Haunted History Tour. They have hosted mural tours by the artist Tom Ward and Historic Church tours. They also have hosted live music.

Kearny Cottage  Kearny Cottage Museum at 63 Catalpa Ave is a period decorated colonial cottage that hosts events like the open mic/music series, Gas Tank Mojo Cafe, in honor of Jack Kerouac who dubbed Perth Amboy, Gas Tank Mojo Town, when he shipped out as a merchant marine. It is open Mon/ Thurs 2 – 4 p.m  and last Sunday of the month from 2-4pm. Join the Kearny Cottage Historic Association call 732-293-1090 or visit kearnycottage.org.

Raritan Yacht Club– One of the oldest yacht clubs in the country founded in 1865 at 160 Water St. 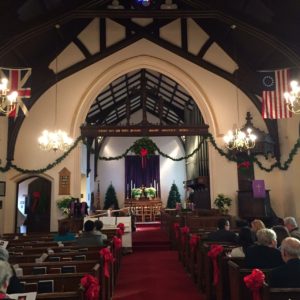 Surveyor General’s Museum- Next to City Hall at 260 High St is the new museum which celebrates the historical and archaeological heritage of Perth Amboy,  the first incorporated municipality in New Jersey. The museum has also been hosting art and cultural events.

Historic Markers along the Waterfont– You can learn about the history of Perth Amboy at stops along the waterfront, like the significance of the bluff on Water St during the Revolutionary War.