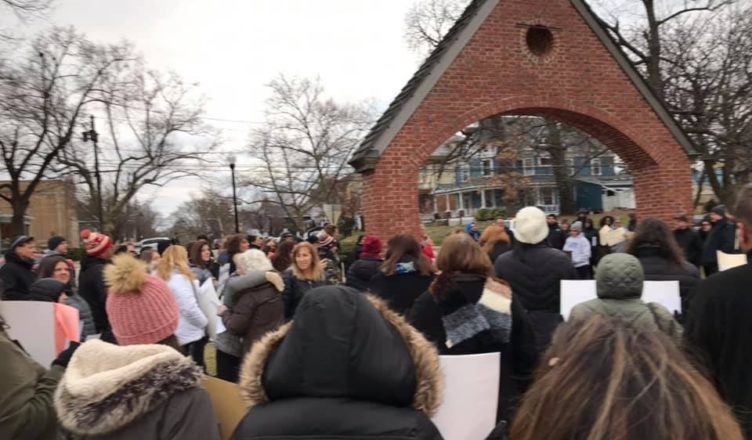 On a cold January 28th afternoon, more than 300 came out to rally for raises at Perth Amboy City Hall Circle. Supporters in the crowd included members of the American Federation of Teachers (AFTNJ), including Perth Amboy teachers, district teaching staff, custodians, and paraprofessionals as well as Perth Amboy parents, homeowners, residents, and former teachers. They were rallying for a raise, and believe that an investment in Perth Amboy teachers making a career in the district is the right choice to benefit Perth Amboy students by ending high turnover and keeping the best teachers.

“As a former Perth Amboy teacher and a Perth Amboy taxpayer, I am outraged by the teacher belittling and bashing in Perth Amboy,” said Donna M.  Chiera, President of the New Jersey AFT, the state affiliate of the PAF-AFT.

The Perth Amboy Board of Education has proposed to fund higher salaries for new teachers by drastically cutting step increases for those teachers with more than 10 years’ experience.

“The Board is playing a ‘divide and conquer’ game over our contract, and holding our schools hostage,” said Patricia Paradiso. “The truth is, competitive salaries for new teachers don’t have to come at the expense of experienced teachers. That’s a false choice. This Board is trying to pit teacher against teacher. The people who will suffer are our students.”