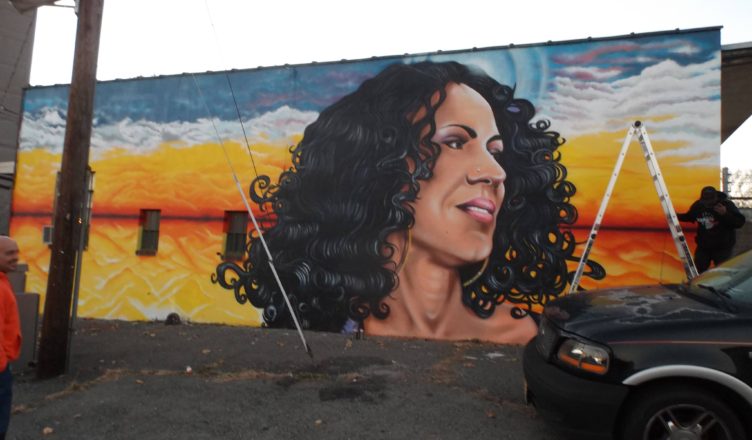 On Dec 21, 2017 a press conference/ unveiling ceremony was held for the new mural called Hometown Girl by the artist Albertus Joseph that was sponsored by the local nonprofit organization PARTNER. The mural is located at the intersection of Gordon St and Fayette St, at the 440 entrance/exit. The mural location had been a proposed location mapped during the Perth Amboy Creative Placemaking Project. 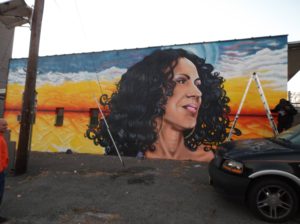 The mural Hometown Girl is a large painting of the head of a Latino Woman. It is not a portrait of any one person, but a beautiful original artwork created by Albertus Joseph who has done murals in many cities and who recently had a solo show at the Perth Amboy Gallery Center for the Arts. Lisett Lebron said the image celebrates the women living in the neighborhood. Lisett said that people living in the neighborhood were surveyed and wanted to see representation of Latino women in a mural.

Dianne Roman, Chair of the Perth Amboy Arts Council, said that she lives in the neighborhood and feels pride when she sees the mural and that she is happy that her daughter sees the mural of a Latino woman and hopes she is inspired.

The group PARTNER plans to do a total of 10 murals in the City as part of a beautification project. Lisett Lebron said that interested artists and businesses that want to be part of the project should contact her.