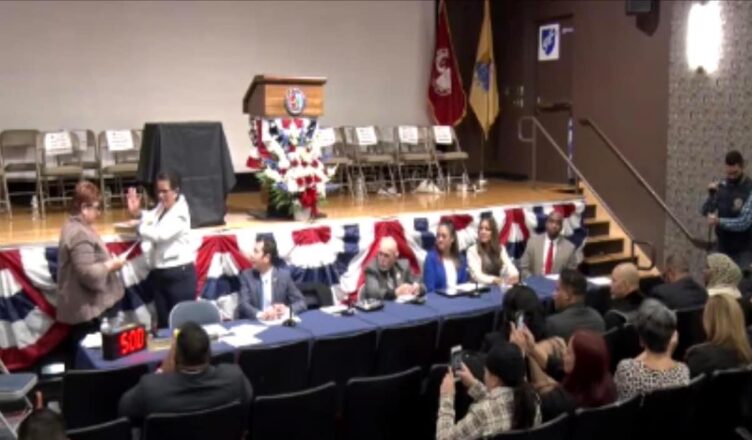 On January 3, 2023 three Perth Amboy council members were sworn into office to serve 4 year terms. Milady Tejeda was sworn in by Assemblywoman Yvonne Lopez. Kenneth Pucci was sworn in by State Senator Joe Vitale and Hailey Cruz was sworn in by Assembly Speaker Craig Caughlin. Councilwoman Cruz said she was the youngest person to be elected to the Perth Amboy City Council and was representing the youth. Mayor Caba spoke and noted that the council now has a majority of women for the first time. The reorganization meeting followed the swearing in where Councilwoman Milady Tejeda was unanimously elected Perth Amboy City Council President.

The council meeting schedule resolution was on the reorganization agenda and became a topic of discussion. Councilman Pucci proposed making a change that council caucus meetings no longer be held on Mondays and that instead the City Council should hold combined meetings per month on the Wednesday meeting date. The council would then have 2 meeting dates per month instead of 4 meetings dates. The city attorney said that to make this change would require a change in the city code. Councilman BJ Torres noted that this change would negatively impact public participation. Council President Tejeda said she saw the change favorably as she would have more time to read the documents. Councilwoman Cruz supported the proposed change to the meetings, saying we would be like Woodbridge.