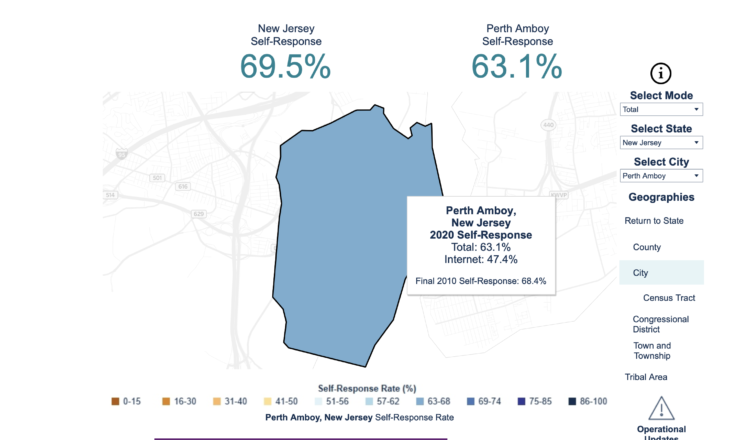 Census 2020 data collection, counting Perth Amboy residents, ended on Oct 15th. A correct count is vital to Perth Amboy because the data is used to determine allocation of millions of dollars of funding of federal aid for programs. Census data also determines representation in Washington. NJ lost representation as a result of the 2010 Census count.

In response to the Census count ending on October 15 as a result of the U.S. Supreme Court overturning a recent ruling that would have extended the Census through the end of October, Assemblywoman Yvonne Lopez (D-Middlesex), member of the New Jersey Complete Count Commission, issued the following statement:

“I am profoundly disappointed by the Supreme Court’s decision to end the Census count prior to October 31st. The Trump Administration has done everything in its power to intimidate communities of color, especially Latino communities, from engaging in the 2020 Census.”

“I challenge any indication from the U.S. Census Bureau that 99.9% of housing units have been accounted for, especially in New Jersey where we have hard to count communities that still have not reached their 2010 response rates. Ending operations early will result in irreparable harm over the next decade that will impact the communities that need our help the most.”