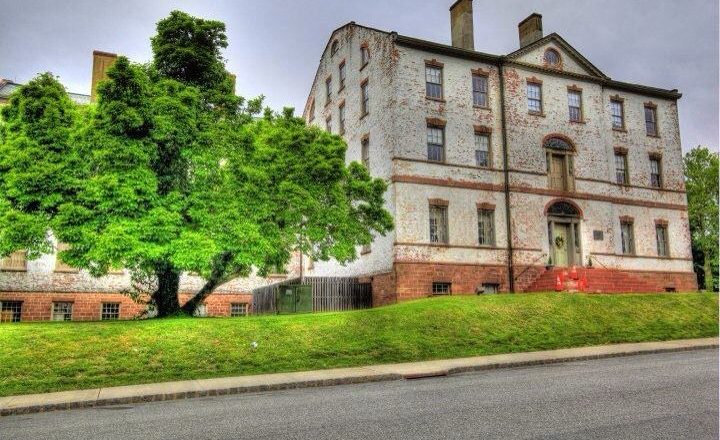 Proprietary House, The Royal Governor’s Mansion on Kearny Ave in Perth Amboy is a featured building profiled in the book “New Jersey’s Colonial Architecture Told in 100 Buildings,” by NJ author David Veasy.  The book features stories of the rich colonial heritage of New Jersey told through its colonial buildings still standing from 1636 to 1783 and features photos of the buildings. The author is presenting his book at a free lecture hosted by the Madison Historical Society on March 16th at the Chase Room of the Madison Public Library at 7:00 p.m. Get out and network with NJ’s history community.

Proprietary House was allocated $3 million from the 2019  NJ State budget for needed improvements in preparation for the 250th anniversary celebrations of the American Revolution. On the steps of Proprietary House during the Revolutionary War, patriots arrested William Franklin, the last Royal Governor of New Jersey. William Frankin was Benjamin Franklin’s son. He was then sent to jail in Litchfield, Connecticut.