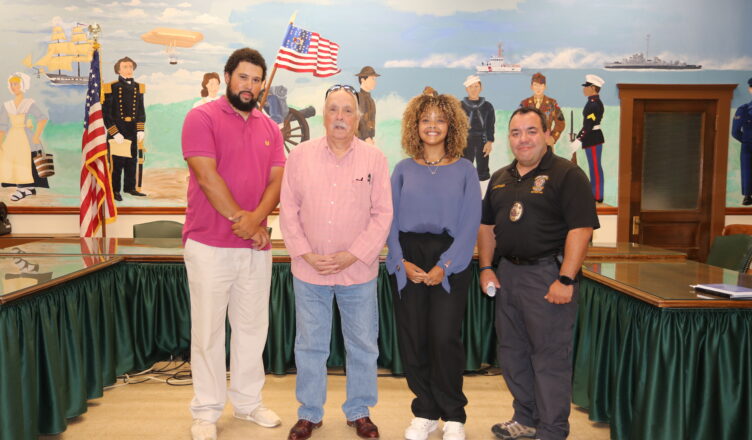 Samantha Castro, Chair of the Perth Amboy Public Safety Advisory Board, introduced recommending that the City eliminate stops for minor traffic violations as a main topic of discussion at the August 31 meeting of the Advisory Board.   “I propose the banning of minor traffic violations for adoption by our Police Department in an effort to deescalate situations that have the potential to become violent or hazardous,” said Ms. Castro.

She pointed out that research shows that minor stops too often end up escalating into violence, disproportionately impacting people of color and do not contribute significantly to curbing violent crime.  Ms. Castro noted that Los Angeles, Philadelphia, Pittsburgh, and Seattle are among the cities that have banned minor stops.

This proposed solution was introduced for discussion only.  A vote to recommend it to the Mayor and the Police Department for implementation can be held at a subsequent meeting. The  remaining two meetings for this year are scheduled for October 26th and November 30th, both to begin at 6:00 PM in the Council Chambers.

Other deescalation recommendations put forward at the meeting were further research on requiring police officers to receiving martial arts training versus offering it as a training option and the need for research on a technical policy for squad car surveillance.

The members of the Advisory Board in attendance at the meeting, in addition to Ms. Castro were vice-chair, David Benyola,  secretary, Seth Nanton and Detective Jose Santiago.

The Citizen’s Public Safety Advisory Board is designed to build mutual respect between the police and the community by ensuring de-escalation training and other de-escalation policies are brought to the attention of the City’s leadership.  It was developed by the Perth Amboy Civic Trust and the Frontline Youth, working in partnership with the Perth Amboy Police Department, the Mayor and the City Council, and with assistance from The Citizens Campaign Law and Policy Task Force.

The Advisory Board will  recommend to the Mayor, City Administrator and Police Director evidence-based policies that have been proven to be successful in similar cities that improve new recruit screening, training, reporting and any other actions or practices that enhance de-escalation and the continuing improvement of the Department’s “guardian” culture; conduct public hearings to receive evidence-based, best practice input from individuals, including police officers; and review an annual de-escalation performance audit that shall be provided by the Perth Amboy Police Department to report progress on any policies or practices adopted, or actions taken to improve the de-escalation capabilities and performance of the Department.