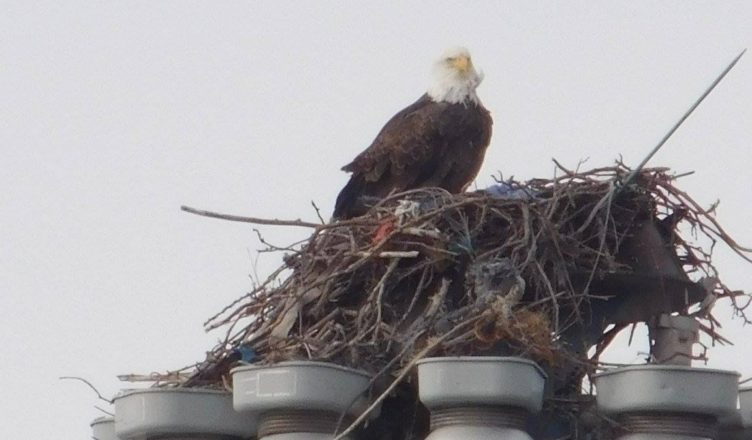 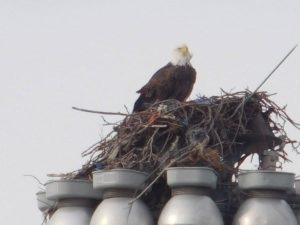 Raritan Riverkeeper Bill Shultz took a photo of an Bald Eagle nesting on the Perth Amboy Waterfront this week, November 14, 2017.  There have been multiple eagle sightings over the past few years around the Perth Amboy waterfront. Perth Amboy has also had numerous sightings of Peregrine falcons.

Whales have also been spotted frolicking in Raritan Bay over the past two years.  Also, migrating Monarch butterflies were seen flying around the Perth Amboy Waterfront in large numbers this fall. The increase in wildlife may be due to improvements in the environment. Water samples of Raritan Bay have been swimmable, and better quality than many other popular Jersey Shore swimming destinations.