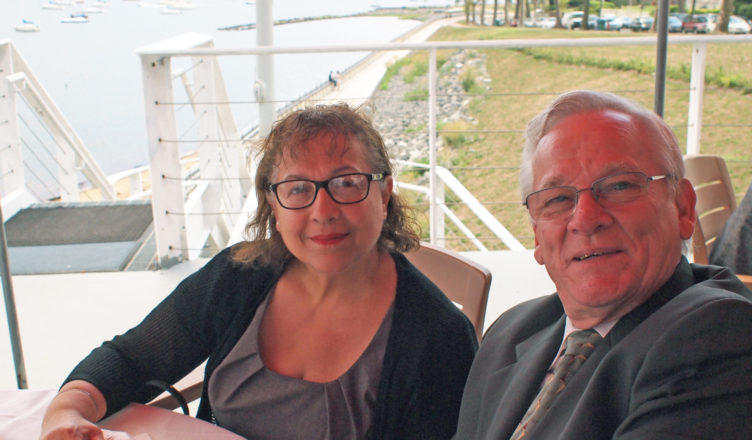 Giron explained that the Citizen Neighborhood Improvement Package provides concrete ways for people to take matters into their own hands and help their communities recover from the wave of foreclosures and abandoned properties triggered by the Great Recession.

The Citizen Neighborhood Improvement Package was developed by Perth Amboy Civic Trustees with expert assistance from The Citizens Campaign’s Law and Policy Task Force. It contains a set of citizen-based programs designed to put urban neighborhoods on a path of continuous improvement. Civic Trustees from Perth Amboy will be working with elected officials and neighborhood organizations on implementing the multi-pronged program.

The three elements of the Citizen Neighborhood Improvement Package were presented to the City Council by Perth Amboy Civic Trustees.

Civic Trustee Manuel “Manny” Seda introduced the citizen-conducted Monthly Maintenance Survey of zoning, building and property maintenance code violations, public property maintenance deficiencies, and vacant local abandoned properties. Its purpose is to facilitate the work of code enforcement and public works officials by providing them with a user-friendly list of neighborhood priorities. To enhance accountability, copies of the list will also be provided to the elected officials responsible for supervising these departments and to all neighborhood residents. The list will be made available at a set time each month to better enable planning of staff time.

Civic Trustee Jesus Ramos introduced a funding mechanism provided through a City Banking Policy to speed the fix up of abandoned properties. It takes advantage of a new state law that gives cities the right, with just 30 days’ notice, to go in and fix-up neighborhood eyesores and recoup the costs. The policy provides banks who wish to get city deposits an incentive to lend money to fund the upfront costs of fixing abandoned properties. Based on local laws identified by Civic Trustees as working in Cleveland and Seattle, the policy makes banks compete for city deposit funds on the basis of their willingness to fund socially responsible policies such as advancing abandoned property fix-up funds.

Civic Trustee Melina Garcia introduced  a quality of life boost offered through a Tree Donation Program that enhances the neighborhoods whose residents take responsibility for public works oversight.  It gives neighborhoods the ability to place donated mature shade trees in locations the residents identify. Donors provide the cost of a mature shade tree, its planting costs and a year’s maintenance to ensure the tree’s viability in return for a plaque or marker at the base of the tree dedicating it to a loved one or someone whom the donor respects.

Harry Pozycki, Chair of The Citizens Campaign also spoke to the Perth Amboy City Council, “Our cities were hit hard by the foreclosure crisis leaving abandoned properties in its wake. This package empowers people to take matters into their own hands and come together to fix-up their neighborhoods.”

Pozycki added, “Civic Trustees are looking forward to working closely with elected officials, appointed officials and neighborhood organizations to tailor the model Citizen Neighborhood Improvement Package to fit with their specific citys’ neighborhood programs. Taken together, the elements of the program give people the tools to bring about achievable and ongoing improvements to their neighborhoods–ones that will boost property values and improve residents’ quality of life.”

The Perth Amboy Civic Trust is comprised of  members who pledge to work together to “leave their city and country better than they found it” by pursuing practical solutions. In other words, solutions that are (1) evidence-based; (2) cost-effective; and (3) advanced with a “no-blame approach.

Perth Amboy Civic Trustees volunteer to serve for a term of at least one year.  Their responsibilities also include governing their Trust, including prioritizing their own issues and recruiting new Trustees so the Trust becomes a permanent community asset. Trusts are already building a record of accomplishment by implementing practical solutions in the areas of community/police relations, flood protection and improved school discipline policies designed to reduce drop-out rates.